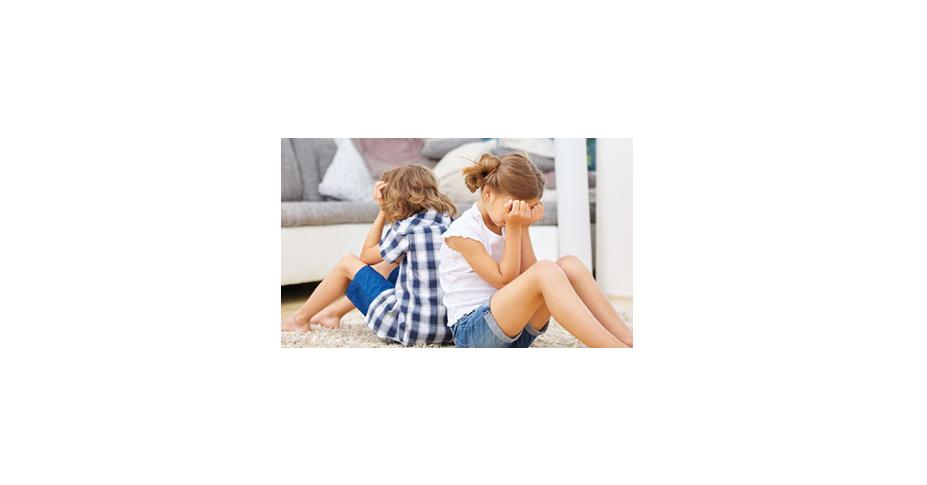 
My kids are fourteen and sixteen and are graduates of 1-2-3 Magic, which isn't surprising, as I have co-written two of the companion books to the original 1-2-3 Magic! I've been doing this parenting thing for quite some time and I will tell you that the behavior that my kids exhibit that drives me the most bonkers is fighting with each another. I've never been a fan of conflict. In my own life, I tend to avoid it (for better or worse!) like the plague. Since I try not to engage in battle myself, it makes me slightly nuts to listen to my kids engaging in it with one another. I can't stand it.


I have good news and bad news for you regarding sibling rivalry. Bad news first—you simply cannot eliminate it completely. Believe me, I've tried. Siblings have been going at each other since the dawn of time (Cain and Abel, anyone??). Siblings will continue to go at each other until the end of time. My two teenagers still regularly spar.

Now, having said all of that, I do have some good news for you! While you can't eliminate this behavior from your children's repertoire, you can manage it. You can keep their little spats from escalating into all out wars. I have some tips that will help you.

Now, how does this relate to your little George Foreman and Muhammad Ali? When they start fighting, you generally count them both. Here's a scenario starring two kids who are watching TV:

Chad: Quit looking at me.
Heather: I'll look at anything I want.
Chad: I said stop it!
Heather: Nope.
Chad: Mom!!!!!! Heather won't stop looking at me!!!!
Heather: It's not against the rules for me to look at him! If he wasn't so ugly, I wouldn't have to stare! (This last comment causes Chad to go for Heather's jugular.)

Do you see why we count both kids? Heather probably WAS looking at him. Was she looking at him with malicious intent or did her eyes just accidentally land on Chad? Was Chad being overly sensitive or was he responding to Heather intentionally staring at him for the sole purpose of making him angry? Who really started this fight? Who knows? Frankly, who cares! Count 'em both.

Most often, even if you are right there to witness the altercation, you won't be able to determine with 100% certainty who is the guilty party. Kids can be very subtle in their aggression. They can provoke without you being able to see it occur. If you count them both, usually by the count of 2, one party is going to leave the scene of the crime to avoid getting into trouble. Sure, he'll grumble a bit as he's leaving, but that's ok. The argument is coming to an end.

Now, there will be times when you are absolutely certain as to "who started it." If that's the case, by all means, count only the aggressor. Otherwise, count them both.

Here are a few tips that I've discovered that will hopefully help you when dealing with sibling rivalry.

• Never ask the world's two stupidest questions: Who started it? or What happened? You are almost assuredly going to receive two different answers from two different kids. Are they liars? No, most often they just perceive the situation differently. It happens on occasion that one kid will fess up, but most of the time, asking these questions is an exercise in futility and will only serve to prolong your agony.

• Don't expect the older child to be more mature. Most likely, if you have a five and ten year old who are fighting, the ten year old is going to revert to her five year old self! Anyone who has ever had a younger sibling (me included) will tell you that no one can drive you to a complete meltdown faster than a younger brother or sister. It's not fair to expect that the older sibling be more mature. That's a very difficult burden to bear when your little sister is holding her finger one millimeter from your face and saying, "I'm not touching you."

• Let's file this last one under, "Lessons Learned the Hard Way". If you do get to a count of 3 with your kids, do not send them up the stairs to serve their time outs at the same time. Why? One kid is going to be flung down said stairs and you will have another problem to handle! Send them up one at a time. One more thing; if your kids share a bedroom, send one of them to another room to serve the time out. You don't want them in a room together with the door shut while they're already fuming mad.


Dealing with sibling rivalry is just part of being a parent. It's one of those "not so much fun" parts, like scrubbing vomit out of the carpet at 2 am and watching your child cry because someone was mean to him. You do have to deal with it, but you can make things more manageable for you and your children. Chances are, your kids will wind up being best friends in adulthood. All of the arguing is just part of the process involved in getting them there.

January 12, 2017
Comments
Kathy
So what should you do instead?
Reply
Dr. Phelan
The what to do is count them both unless one is the obvious, unprovoked aggressor. You might add two other what-to-do's: 1) Praise the kids when they're getting along well, as in "It's really nice to see you enjoying one another's company," and 2) When there's a spat, go on about your business and don't intervene at all unless you really have to.
Reply
claudette
great thanks
Reply
Categories
Recent Posts
All content and design copyright © 1-2-3 Magic 2020. All Rights Reserved. View our Privacy Policy and Terms of Use.