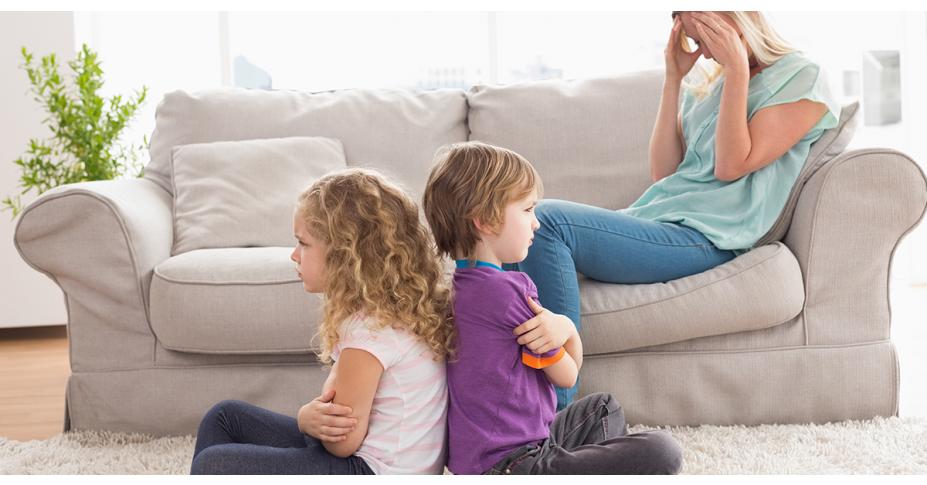 Sibling rivalry has the nasty ability to present moms and dads with highly emotional dilemmas that are both frequent as well as extremely unpleasant. What happened? Who started it? This is so stupid!! Why can't these two get along!? What do I do now? Does this go on in other families—or am I just a lousy parent?

Let's examine sibling rivalry from three perspectives: First, from the perspective of parental expectations, next, from the standpoint of reality, and finally, from the angle of "Ok, now what am I supposed to do!?"

Parents expect their children to get along at all times without adult intervention. This may sound funny, but it's true. Parents want and expect their kids to love one another in just the same way that their parents love them. We parents can't understand why kids don't cooperate with these expectations. Aren't these hopes and desires of ours reasonable? Wouldn't they make for a nice, affectionate, and peaceful family? Then why can't these little creatures cooperate with our agenda!!??

The reason kids can't and don't cooperate with this adult agenda of ours is that they do not see each other the way their parents see them. Sure, they do see each other as fun playmates—some of the time. But they also realistically see one another as primary competitors for parental resources, such as attention, food, and comfort.

That's too bad. But you can take comfort in the fact that sibling rivalry in humans is not nearly as severe as it is in other evolved animal species. There are baby birds, for example, that kick their sibs out of the nest so their parents only have them to care for. There are species of sharks that, after hatching from fertilized eggs, eat all their brothers and sisters until there is only one left in the mother's womb. How's that for sibling rivalry!

All human siblings fight. And the frequency statistics regarding these obnoxious and ridiculous contests may—or may not!—surprise you. Siblings three- through seven-years old fight about three to four times per hour. Younger kids can fight up to six times per hour—once every ten minutes. Ten- to fifteen-year olds have the highest rate of sibling rivalry. More than 75% of children have had physical fights with their siblings. Boys fight more physically, girls more emotionally. Sibling rivalry is a natural—though aggravating—way that kids compete—and practice primitive problem-solving skills.

First of all, the good news. All of the above means that sibling rivalry is not your fault as a parent! And yes, the kids down the street and around the block are fighting just as much as your children are. Take this message to heart. Second, whenever possible, try not to get involved, unless there is risk of physical or emotional damage. Abuse can occur when one child is either physically much bigger or emotionally much meaner than the other sibling. Next, sometimes moderate involvement is appropriate: "If you guys are going to fight about the TV, there will be no TV for anybody until you both agree on a plan and present it to me." Keep quiet and see what they come up with.

Finally, if things are getting out of hand, use the 1-2-3 Magic strategy of counting. Count both children unless one is the obvious, unprovoked aggressor. In addition, unless someone is physically injured, never ask the World's Dumbest Questions—"Who started it?" or "What happened?" Do you expect the equivalent of George Washington's "I Cannot Tell a Lie" from one of your kids?

By the way, you often hear experts recommend this advice for sibling rivalry: Try to ensure that your children get equal time with each parent by themselves. Is this good advice? Yes. What's the problem? It won't reduce sibling rivalry at all.

Is there good news? Definitely. There's a good possibility that one day your kids will be great friends! When? When your children are no longer living at home competing for the same limited resource: You.