Making the Holidays Merry for Everyone—Including Yourself 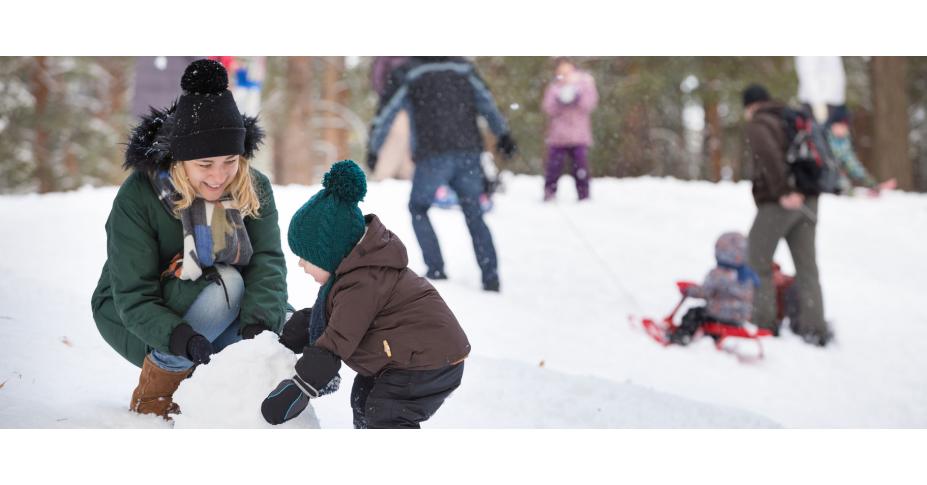 Making the Holidays Merry for Everyone—Including Yourself

As a child psychologist over a period of forty years or so, I’ve watched thousands of families go through the holiday season. Yes, I’ve seen many people have a really good time during these weeks, but, way too often, I’ve witnessed a disproportionate number of adults and kids making themselves miserable. What was supposed to be a happy, wonderful, and exciting time was rendered dismal, gloomy, and agitating because of mistakes that could have been avoided. Here’s my list of things to watch out for. Don’t be naive in December! With just a little effort, you and your kids can have a pretty good time.

1. Expecting and Doing Too Much

In my opinion, ridiculously high expectations are the prime culprit when it comes to producing holiday misery. I had a patient once who—before I started getting after her—would purchase over sixty Christmas gifts for various people every year. She even purchased a foot massager for the lady at her dry cleaner! My gal was so relieved when, in a sense, we gave her permission to cut that total number to under fifteen.

Is your expectation/hope something like this: I want this to be the best Christmas ever” for my kids. If so, you’ve just set yourself up for a crash.

2. Discipline with an Audience

The Santa Claus effect on good behavior only goes so far. And it will be totally gone after the children open their gifts. Your children will still present you with the holiday joys of whining, fighting, teasing, arguing, yelling, and not staying in bed. And—to make matters more difficult—many of these behaviors will occur while other people (family and friends) are watching!

Disciplining kids with an audience is every parent’s worst nightmare. The fear of public embarrassment can make cowards of us all. What to do? Before going into any situation, prepare yourself for what’s likely to happen and determine exactly how you will handle it. Use our Ten-Second Rule: After a problem behavior starts, you have ten seconds to make up your mind what you’re going to do (in front of everybody). Your intervention might be counting (from 1-2-3 Magic), a calm reprimand, removing a child from the room, or even ignoring the behavior. Remember: In public, wimpy, anxious reprimands and nervous, hesitant attempts at logic are both examples of what we call parental whimpering, and with a nice crowd in the stands, the kids will eat you alive.

3. The Danger of Whole-Family Activities

This will sound sacrilegious to some of you, but the fact is that the more people you put into one room or house, the more the potential there is for conflict. This is especially true during the holidays when everyone’s amped up to start with. So use our Divide and Conquer Rule. Try regularly to do things in smaller groups. You don’t have to do everything as a family.

If you have at least two kids and two adults available, for example, try this experiment. The next two times you go out to eat, try the first time with everybody together. Then try splitting up the group the next time—one adult with one or two children, and the other adult with one or two children (or whatever the counts are). Which was more fun? You might find that periodically getting away from the Whole-Family Expectation can be very rewarding. You may also find that the smallest—and most fun—group is two!

Try to keep some semblance of the kids’ usual eating and sleeping schedules. Sure, bedtime may be moved back a half hour to an hour later than your usual school times, but it’s important to keep some regularity with bedtime routines. Same with eating. You don’t want to add hunger and sleep deprivation to the list of forces stressing your kids.

Reasonable expectations and doing less may be great ideas, but they’ll sometimes run you smack into another kind of emotional monster: guilt. Here’s what you do. First, think reasonably. It’s not your job to make everyone else in the family happy all the time. You do what you can, then it’s time to relax and take care of yourself. Your own mental health is critical to the welfare of your other family members (read that sentence twice). Also, reread chapter 10 in 1-2-3 Magic. Testing and manipulation tactic #4 is Martyrdom, and it’s designed to make you feel guilty. For example, don’t feed into whining and pouting by getting angry and then arguing. Remember that a good parental veto is short, accompanied by one explanation if necessary, and followed by silence.

The holidays again. Unwind, scale down, think realistically. You might just have a pretty good time!