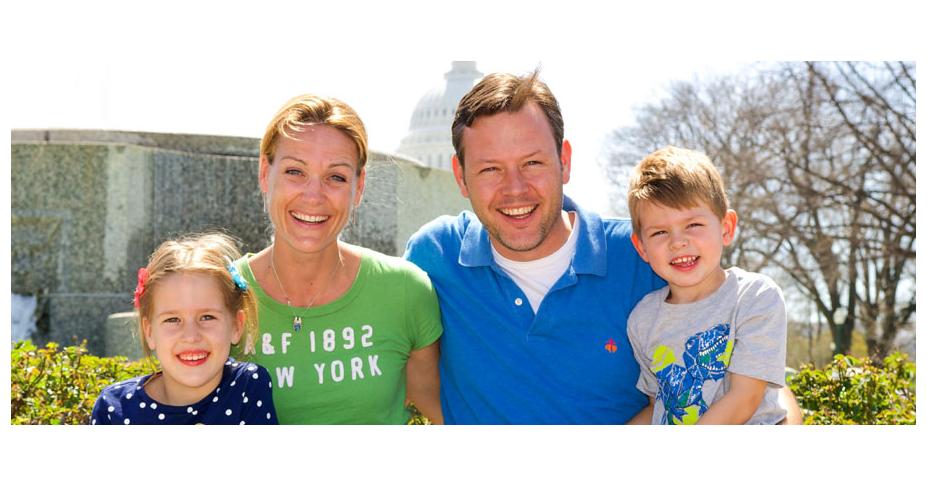 Let's assume that both children wanted Sugar Crisp cereal for breakfast, and their mothers got it for them. Let's then assume that both children changed their minds when the bowl arrived and requested Frosted Flakes instead. Naturally the parents resist, saying, "No dear, this is what you wanted," which prompts the children to knock the bowl of cereal on the floor and go into a major fit of temper. They scream at the top of their lungs, become beet red, and pound the table with both hands.


Let's take a look at the defining moment for the futures of parents and children alike...

House 1: Joe's mother calmly counts. She knows children get like this sometimes, and though it's very aggravating, he's just a kid. In spite of the counting, Joe continues his tantrum. After the third count, Mom escorts Joe—still yelling—to his room for a short rest period.

House 2: Ben's father, on the other hand, becomes very upset and first tries to be firm with his son. He can't stand this kind of conflict and doesn't know why the boy has to be so unreasonable. He explains that Ben must eat what he requested and he can't go around throwing his food on the floor. Ben howls louder. His father now pleads, "Come on now, this is ridiculous," as he glances nervously at the clock. It says they must leave for preschool and the train in seven minutes. "All right, all right, just shut up! Here's your stupid cereal and you'd better eat it all, pal!" Ben chows down happily.

Upon visiting the two households a year later, we find that five year old Joe is learning high frustration tolerance (HFT) which will be an important part of his character. He is better—though far from perfect—at tolerating his parents' "No's" because their limits are fair and reasonable and he knows they mean business. The home is generally peaceful, and Joe often spends time reading with his parents. He's learning to recognize quite a few letters and words.

When we enter Ben's house, however, we are greeted with screaming. It's Ben vs Mom this time. The child never seems to be able to take "No" for an answer. Ben is learning low frustration tolerance (LFT). His temper is terrible, and often Mom and Dad just give him what he wants to avoid a battle. At other times, though, they don't feel he should be running the house, so they make periodic efforts to "out scream" him. Lately this has resulted in his hitting them, and then—totally fed up—they spank him and put him in his room. This leaves them feeling terribly guilty and makes them easier targets the next time around. They used to try to read to him on occasion, but quit because he was so temperamental. Now for the most part they try to avoid him unless something absolutely has to get done.

Fantasy? Not at all.

Limits—properly explained, imposed and enforced—have a dramatic effect on the comfort level around the house. They allow affection to unfold naturally and learning to take place. They also produce an atmosphere where other things that foster self-esteem can occur: positive reinforcement, active listening and fun.

How does a parent set and stick with reasonable limits?

You make the revolutionary switch from talking to counting. This is what Joe's mother did in our breakfast crisis earlier. Rather than getting all upset and arguing, she used what is known as the "1-2-3," or counting method.

Let's say the kids are fighting (we all know now that sibling rivalry is a pastime for the kids and a torture for their parents). Most parents are skeptical when they first learn how to use counting. There's a simple part and a hard part. Here's the simple part: the parent holds up one finger and says, "That's 1."

That's the first warning. Nothing else is said. If the kids behave, that's wonderful, but if they hit a 2 and then a 3, they have to take a brief "rest period" – stair, chair, corner, bedroom. One minute per year of their life (e.g., five year old takes five minutes).

When they come out, there's no talking, no lecturing, no apologies, no explanations. You don't ask who started it. You carry on as if nothing had happened. Believe it or not, in a matter of days—sometimes just hours—the children start responding at 1 or 2. And the first time you stop a fight across a twenty foot room by just saying, "That's 1," and you don't have to get up or scream, you're going to feel real good.

Many parents hear this and say, "Come on, that's too simple. There's got to be a catch." There is a catch – and here's the hard part. The 1-2-3 won't work—guaranteed—if you're having a tantrum yourself while trying to "discipline." "That's 1. Come on now, I'm getting sick and tired of this. Your sister never behaves this way! When are you going to learn to listen!? OK, that's 2. Look at me when I'm talking to you, young man! WERE YOU PUT ON EARTH TO DRIVE ME CRAZY!? Etc., etc."

Is this discipline? No way. It's an undisciplined parent, and it's going to be a self-esteem crash for both the parent and child.

When parents start using the principles from 1-2-3 Magic, things change fast. Our studies have shown that about half the kids will cooperate right away. The other half, however, will test first – they'll give their parents a hard time for a while. The good news, though, is that we're on to them now. We now know the six kinds of testing and manipulation and how to handle them.

How do you handle testing and manipulation? Easy. With the exception of Butter Up, you count it!

The reactions to counting are enlightening. Kids say "I like it." Ask them why they like it, and they'll tell you, "Because Mom and Dad don't yell so much." Being screamed at by a large parent is a big thing to a little child .

How about Mom and Dad? One astonished mother said that after using it for a few weeks, instead of dreading each day, she actually got up in the morning and looked forward to seeing her three children. But the real proof for her was after summer vacation. "When they went back to school in August," she said, "I actually missed them for the first time in my life."

March 9, 2018
Comments
rachel
I've been trying 1,2,3 magic - but at times it doesn't work because my 3yo son will not go to his time out spot. Instead he runs aroudn the house and hides or I have to pick him up and place him in the bedroom and even have locked the door. please tell me how to fix this.
Reply
Louis Marais
Your child may be in the process of developing oppositional defiant disorder. Never lock the door on your child, btw.
Reply
Categories
Recent Posts
All content and design copyright © 1-2-3 Magic 2020. All Rights Reserved. View our Privacy Policy and Terms of Use.