The Six Kinds of Testing and Manipulation in Children 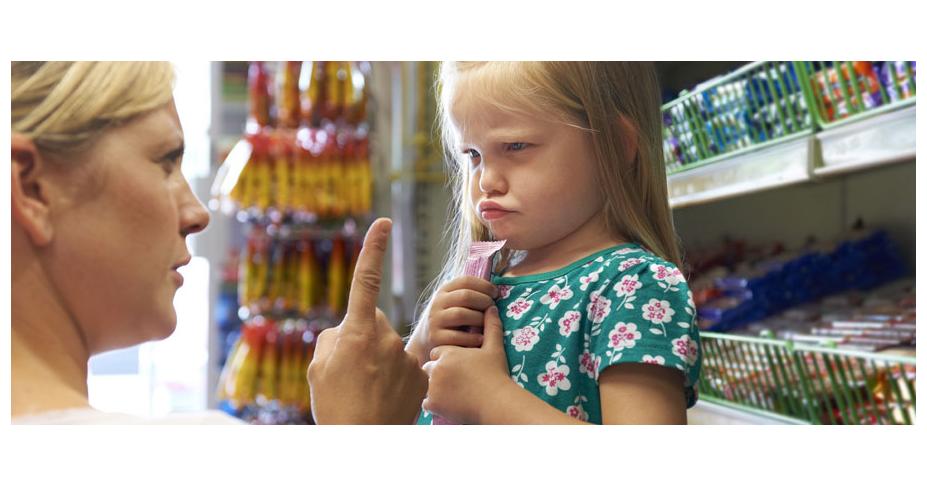 The Six Kinds of Testing and Manipulation in Children

Who's in Charge at Your House?

True or False? Kids' self-esteem and creativity are both higher when they can "do their own thing" and they are not exposed to external limits imposed by adult authority.

Believe it or not, this statement is false. A number of studies have come up with the conclusion—which makes sense when you think about it—that kids feel better about themselves and perform better, creatively and otherwise, when they learn the boundaries for reasonable behavior.

The world itself has all kinds of limits and rules. There are rules for how to treat other people, speed limits, laws about property rights, rules for sports, interest payments, taxes, marriage. You may not like all these regulations, but if you don't recognize them, you will get hurt and wind up more frustrated than you would be if you followed them. Parents are the ones who introduce their children to life's boundaries.

How parents establish rules and set limits—or fail to set limits—not only has a tremendous effect on the self-esteem of a child, but it also affects the relationship between parent and child, the parent's own self-esteem and the overall atmosphere for everyone around the home. These effects are enduring. They involve not just a particular hour of a given day, but they involve weeks and months and years.

The parents' job here is complicated. It first involves coming up with reasonable rules. These must then be communicated clearly to the children. Then they must be enforced on a regular basis. And finally, when they are being enforced, children rarely say, "Thank you for your efforts." Instead they test and manipulate.

You often hear the phrase, "Believe it or not, kids really want limits." This isn't quite the case. It is true that in the long run, youngsters are more comfortable in a house where parents have clear, reasonable rules and enforce them consistently and fairly. The kids are more comfortable whether or not they realize the connection. At any one moment, however, children want what they want, and they are angry and disappointed if they don't get it. This often leads to testing and manipulation.

Testing and manipulation are the efforts of the children to get what they want. They don't want to go to bed, they want the candy right before dinner, they don't want to get up and go to school, they do want to hit their sister. In order to get their way and foil their parents wishes, children automatically tend to test and manipulate. They can do this in six ways:

Badgering is the Please, please, please or Why, why, why? business. The child keeps after you and after you and after you, trying to wear you down with repetition. "Just give me what I want and I'll shut up!" If the parent attempts to verbally respond to everything the child says and every time he says it, Mom or Dad is in for a very long and frustrating session. Many parents continue on an endless wild-goose chase looking for the right words to make the child be quiet.

Intimidation is an aggressive verbal attack and often involves temper tantrums. Here, the aggravated child may yell at you, accuse you of being a bad parent, or otherwise storm around the house. Older kids sometimes get into swearing. Younger children may throw themselves on the floor, bang their heads, and kick round ferociously.

"I'll never speak to you again!"

"I'm going to kill myself!"

"I'm not eating dinner and I won't do my homework!"

"I'm going to kill the parakeet!"


"I'm running away from home!"

These are all examples of threats. Something bad is going to happen to you unless you cease and desist from this ridiculous discipline at once.

Actually not talking, not eating dinner, or sitting in the closet for two hours might be examples of martyrdom.

"No one around here loves me anymore. I can't see the point of going on."

Crying, pouting, and looking sad or teary can also be effective. Here the goal is to get the parent feeling guilty.

The first four tactics—badgering, intimidation, threat, and martyrdom—share a common, underlying dynamic. The child—and without quite knowing what he's doing, is saying to the parent something like, "Look, you're making me uncomfortable by not giving me what I want. Now I'm making you uncomfortable with all my harping, tantrums, ominous statements, and feeling sorry for myself. Now that we're both uncomfortable, I'll make you a deal: you call off your dogs and I'll call off mine."

Sounds good, right? If you do give in, you are almost guaranteed that the testing and manipulation will stop immediately. The problem, however, is then who's running your house? It certainly isn't you, it's the kid. All they have to do in a difficult situation is get out their big guns and they've got you.

The fifth tactic takes a different tack. Instead of making you feel uncomfortable, the child tries to make you feel good.

"Gee, Mom, you've got the prettiest eyes of anybody on the block."

"I think I'll go clean my room. It's been looking kind of messy for the last three weeks."

Here something good is going to happen, and this kind of testing sometimes precedes the frustrating event. Have you ever heard a parent say, "The only time he's ever good is when he wants something"? That's butter up, or what is also called "sweetness and light." This type of manipulation is occasionally tricky, because it's hard to distinguish it from genuine affection.

This is the worst. Here, the frustrated child either physically attacks you, breaks things, or runs away. Children don't usually start doing this all of a sudden. Many of them have a long history of this kind of behavior, and the bigger they get, the scarier it gets.

Our research with parents and teachers has indicated that the three most common tactics are badgering, intimidation, and martyrdom. As you might expect, girls are likely to use martyrdom more often than boys, while boys are more likely to use intimidation more than girls. Both sexes like badgering, and the least often used strategies are butter up and physical tactics.

The crux of the matter with testing and manipulation is this: if kids are successful in their testing efforts, they will continue to use these tactics in the future. The household will suffer the consequences—prolonged and frequent periods of emotional upset. Kids' favorite tactics are badgering, temper, and martyrdom, and none of these make for peace and enjoyable relationships. In the long run everyone's self-esteem is damaged.

Now that you're familiar with these six types of tactics, click here to read our follow-up, "Managing Testing and Manipulation," and find out how setting reasonable limits can create a happier, more peaceful home.

February 16, 2017
Comments
Mommy to four
To stop badgering I say "asked and answered" over and over again until my kid stops, I say it without emotion too. Now I only say it once, try it, it works!
Reply
RASHELL POWELL
Thank you for this! Very informative and helpful!
Reply
Categories
Recent Posts
All content and design copyright © 1-2-3 Magic 2020. All Rights Reserved. View our Privacy Policy and Terms of Use.