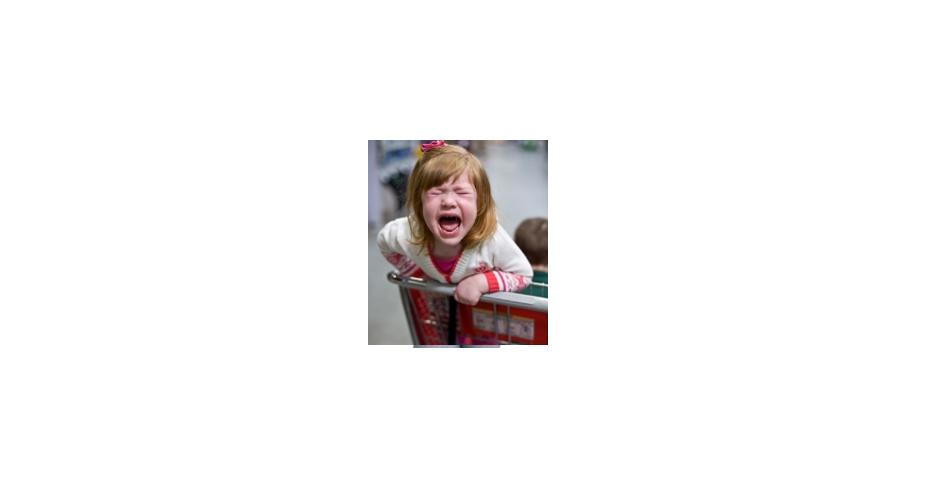 
You're in your least favorite aisle of the grocery store: Aisle 5. That's the candy aisle. Your four-year-old daughter is screaming at you full blast because she's very upset that you would not allow her to have the candy bar she had sweetly pointed out. She's stuck in the cart, but you're sure she can be heard all throughout the store. It feels like a crowd is slowly gathering to see how you're going to handle the situation.

Does this situation sound familiar? Of all the behavioral problems parents face from their children, temper tantrums are probably the most upsetting as well as the hardest to manage. Major meltdowns may also be the most potent tool kids have when it comes to training their parents to do what the children want.

The first step in managing meltdowns is to understand them. Tantrums are normal. They are usually caused by requests kids make of their parents that the parents don't want to grant. The kids want a lollipop at 6:30 a.m. or they don't want to go to bed at 9 p.m. Since parents can't give children everything the youngsters want, the kids will often protest by grumbling, whining or melting down.

Meltdowns, therefore, are normal and they occur most frequently in kids ages about 1.5 to five. Parents need to understand that kids' tantrums are usually a reaction to good parenting, not a sign that mom or dad has done something wrong.

Surprisingly, talking and reasoning after a kid's protest are sure ways to bring on a meltdown! Why? Because children see parents' reasons and explanations as parental whimpering—sure signs that the parent doesn't know what he or she is doing.

Often the kids are correct in this assessment! Parents are, in fact, bewildered and confused by kids' meltdowns. So? So the kids decide to go for the gold (whatever it is they want at the time) and they blast away. Parental whimpering makes meltdowns worse. Parents need a Battle Plan that focuses on gentle but decisive actions—not words.

The absolutely necessary alternative to whimpering is "Checking Out" and utilizing the "10-Second Rule." When a child whines or melts down after a denied request, the parent has 10 seconds to decide what to do. No talking, for example, no eye contact, increase physical distance as much as possible. Checking out will surprise and bewilder the little ones initially. For some children, brief consequences may also be helpful. But soon the kids will begin to realize that tantrums get them only one thing: Nothing.

Can you apply the same strategies in public? Not only can you, you have to! Feeble attempts at reasoning or distraction in a restaurant or grocery store will bring on world War III in no time at all.

For moms and dads who are fed up with kids' meltdowns and all the useless yelling, arguing, begging and pleading that accompanies them, there is an easy-to-learn and effective answer.