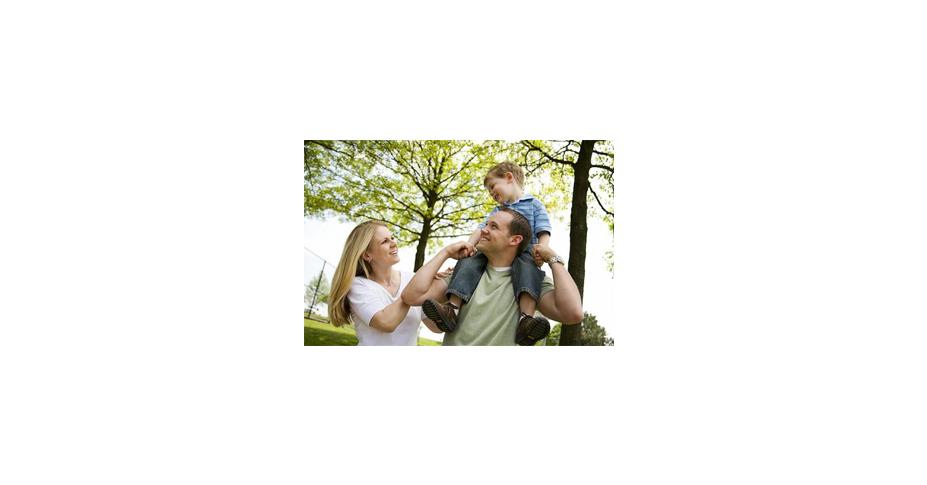 Many adults enter parenthood with visions of "picture perfect" children. They imagine a warm and loving home, as well as respectful and polite kids, all eagerly doing whatever is asked with only an occasional explanation from Mom or Dad.

As a veteran parent, you know this is not reality. But many parents have the idea that kids are just smaller versions of adults: reasonable and unselfish. This is the "Little Adult Assumption." Moms and Dads who embrace this myth often prefer the "modern method" of discipline—talking and reasoning. Unfortunately, many times words and reasons alone prove unsuccessful. Sometimes they have no impact at all, and then parent and child fall into the trap known as the Talk-Persuade-Argue-Yell-Hit Syndrome.

This tragic sequence results from the very best of parental intentions. Your child is doing something you don't like. You tell her to stop. She continues her misbehavior, so you try persuading her to see things your way. When persuasion fails, you start arguing. When arguing is not successful, you yell. Yelling fails, so—feeling there is nothing left to do—some parents turn to hitting. The two biggest parenting mistakes—too much talking and too much emotion—trigger the Talk-Persuade-Argue-Yell-Hit Syndrome.

If you have a child who is doing something you don't like, get real upset about it on a regular basis and sure enough he'll repeat it for you. Too much yelling and too much anger on the part of a parent are destructive for several reasons. First, they move the focus off of the child's misbehavior and on to the parent's own outburst. Second, many children take the emotional eruption of a parent as a challenge to a fight, and there are plenty of kids who love a good fight. Third, parents who over explain and give three, four or five reasons to a child to encourage right behavior are almost saying "You really don't have to behave unless I can give a number of good arguments as to why you should." This is not discipline, it is begging, and the shrewd enough child will simply take issue with the parent's reasons.

Changing children's behavior often begins by changing parents' expectations of their children. Trying to teach young children appropriate behavior is actually closer to training than it is to teaching "little adults." This means choosing a method and repeating it consistently until the "trainee" does what the trainer wants. Very little of the training involves extensive verbal explanations. Most important, the trainer remains calm, patient and gentle, but also persistent and firm. Keep in mind, children need consistency and repetition in a warm and loving environment.