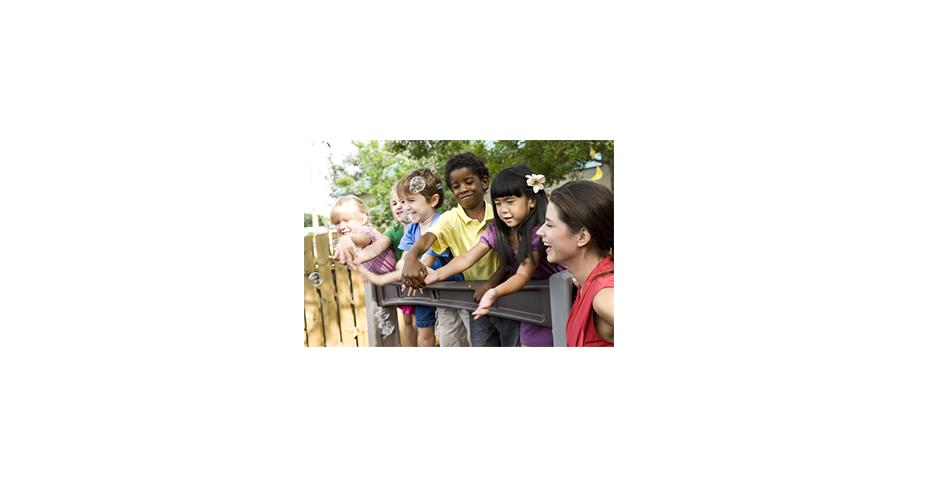 When your kids are adults their self-esteem will be an important barometer of how well life is going for them, and if they are going to maintain a realistic and healthy self-respect, two things will be required: 1) reasonable, real-world success and 2) a fair internal judge. Your youngsters will need to get along with other people, some of whom are kind and some of whom are obnoxious. They'll need to find some kind of satisfying work—at home or outside. They must also learn to manage and care for the only body they'll ever have, and life will frequently demand effort, guts and self-control.


While your children are working on all this, they'll also need to learn to judge themselves fairly, without indulging in either exaggerated self-criticism or unjustified self-congratulation.

Just how do you prepare your children for the real world, and how do you prepare them to manage the life-long struggle for self-esteem? As a parent, it's important to remember that you can't do the job for your kids, but you can see that they get off to a good start by paying attention to five key building blocks: Parenting Philosophy, Discipline, Positive and Negative Feedback, Active Listening and Shared Fun.

Good parents have a clear idea of their mission; they know what it takes to raise competent, good-natured children who can feel a healthy respect for themselves.

What does it take? Research has shown over and over that good parenting involves two basic components. One will not surprise you, but the other one may catch you off guard.

First of all, good parents are warm and sensitive to a child's needs. They understand their child's positive as well as negative feelings. They are comforting in times of crisis and pain, as well as appreciative in times of triumph and accomplishment. They are supportive of a child's individuality and encourage her growing independence.

Second—and here's the surprise—good parents are also demanding. They clearly communicate high—but not unrealistic—expectations for their children's behavior. Good behavior and achievements are appreciated and reinforced when they occur. When the kids act up, on the other hand, Mom and Dad respond with firm limits, but not with fits of temper or righteous indignation. Their message is, "I'm sure you'll do better next time."

Parents whose philosophy of raising children involves both warmth and "demandingness" tend to produce competent children. Their kids are more self-reliant, self-controlled and happier. They are usually accepted and well-liked by their peers, and their self-esteem is good.

True or False? Kids' self-esteem and creativity are both higher when they can "do their own thing" and they are not exposed to external limits imposed by adult authority. Believe it or not, this statement is false. A number of studies have come up with the conclusion—which makes sense when you think about it—that kids feel better about themselves and perform better, creatively and otherwise, when they learn the boundaries for reasonable behavior.

The world has all kinds of limits and rules. There are rules for how to treat other people, speed limits, laws about property rights, rules for sports, interest payments, taxes and marriage. You may not like all these regulations, but if you don't recognize them, you will get hurt and wind up more frustrated than you would be if you followed them.

Parents are the ones who introduce children to life's boundaries. How parents establish rules and set limits—or fail to set limits—not only has a tremendous effect on the self-esteem of a child, but it also affects the relationship between parent and child, the overall atmosphere for everyone around the home, and the parent's own self-esteem. These effects are enduring. They involve not just a particular hour of a given day, but they involve weeks and months and years.

A parent's job here is complicated. First it involves coming up with reasonable rules. Next these rules must be communicated clearly to the children and then enforced on a regular basis. And finally, when rules are being enforced, children rarely say, "Thank you for your efforts." Instead they frequently test and manipulate.

Though the job is complicated, children's self-esteem depends a lot on how well Mom and Dad have their discipline act together. Kids are just kids—they are supposed to be frustrating on a regular basis. When discipline is weak, however, parents are constantly overwhelmed with anger and resentment. There is perpetual arguing, whining and screaming, and the kids begin to feel that they are nothing more than a pain in the neck. It doesn't take a rocket scientist to figure out what this message does to the self-esteem of a growing youngster.

Good discipline, on the other hand, produces children who listen and whom parents can enjoy. When kids abide by the clear, reasonable limits established by their parents, they feel better about themselves.

One of the major "self-esteem revolutions" is the appearance at about age eight of an internal judge in each child. We call him the "Great Evaluator." Children judge themselves as soon as they can think about themselves, and their self-concept is easily swayed in the beginning by words from important adults, such as parents and teachers. Messages that are repeated and that contain strong feelings will be remembered by the child's internal Evaluator and will be repeated to the child when the adults are not around.

One important job of parents, therefore, is to let their children know when their youngsters' actions are on target and when they are off target. The Great Evaluator needs some training, so he doesn't become a Lazy Bum, on the one hand, or a Critical Tyrant on the other. This means positive as well as negative feedback. Here are a few suggestions for each.

Unfortunately, parenting doesn't always involve assessing a child's strengths and giving positive feedback. There are plenty of times when you must point out something that is a weakness or mistake. Doing this will inevitably lower a child's self-esteem for a period of time. Part of the character dimension that you want your kids to learn, though, is the ability to respond well to negative feedback. This means being able to listen to criticism, evaluate it, and—if it is accurate—put forth the effort to change the problem. In the best scenario here, the Great Evaluator will be doing his job well. The child's self-esteem will drop, this will be painful, and it will motivate the youngster to correct the difficulty. When this has been done, the opportunity for praise again presents itself—both for the new behavior as well as for the effort involved in changing.

Your nine-year-old runs in the door at 3:30 p.m. and screams, "I hate my teacher!" Which side of your parenting philosophy is called for? Is discipline in order? "I don't care for that disrespectful attitude, young man!" Or is this a situation that calls for support?

The latter is the case. As far as you know so far, the child hasn't done anything wrong and is in need of some comfort. You, on the other hand, are in need of some information. In this situation you can kill two birds with one stone by using what is often called "active listening." You actively attempt to understand what your child is saying and also let her know you understand.

Several things make active listening good for children's self-esteem. First of all, one of the self-esteem revolutions requires that children earn their self-respect more and more as they get older. Active listening can communicate confidence in the child and her ability to handle her feelings and problems. Listening is inherently respectful, and coming from an important person, such as a parent or teacher, this respect helps the child respect herself. In addition, parents often realize through listening that, even though their child may be upset, the child can handle things herself.

Another positive thing about active listening is that it lets kids know that their feelings are normal and nothing they have to be ashamed of. Though feelings can present problems, they are not in themselves right or wrong. Actions can be right or wrong. Active listening can be very comforting and supportive, especially when a child is upset. There is a kind of closeness involved for both people in the experience of listening and being listened to. This can be especially important to children during times of stress to them, such as entry into first grade and entry into junior high.

No one should have to tell you why it's important to have fun with your kids. Or should they? Actually, to the self-esteem of a child, shared fun with a parent is one of the most important things there is. It's also one of the most overlooked for two reasons: it's so simple and people are so busy. The amount of time parents spend with their kids used to be over thirty hours per week. Now it's down to about half that.

Having fun with your kids, whether it's spontaneous or planned, ordinary or elaborate, is important for several reasons. First of all, shared fun is the glue of any good relationship. Think back to before you got married. Odds are you started dating and you thought this other person was a lot of fun. In fact, the purpose of dating is usually to have fun. The shared enjoyment helped produce the bonding and affection that led to your decision to marry.

The same is true of having fun with your children. You may like them anyway, but you'll like them more if you enjoy things together on a regular basis. And during the times when you're not having fun with them—when, for example, you have to provide the opposite side of the parenting equation, discipline—you'll find the kids are easier to deal with because you enjoyed them before.

Shared fun boosts kids' self-esteem in another way. It sends a strong, nonverbal message that you like your children, and that they are pleasant and enjoyable to be with. Don't forget: it's important to like—not just love—your kids.

Shared fun does not have to be elaborate or expensive. You can go out to a movie or to eat, but you can also take a walk, read a book to the little ones, or simply take a drive in the car and talk. If they have your attention, kids can appreciate a lot of things.

Ready for another surprise? Family fun is OK, but for children's self-esteem one-on-one is best. This surprises a lot of parents, especially those who feel that families should do everything together. The fact of the matter, however, is that children love having one parent all to themselves. Enjoying yourselves one-on-one is also made easier by the elimination of the eternal problem of sibling rivalry.

Unfortunately, as some writers would have you believe, self-esteem is not a "gift that lasts a lifetime" which parents bestow on their children when the kids are young. Self-esteem is more complex than that because life itself is complex. Whether you're a child or an adult, self-respect to a large extent must be earned and regenerated. As a parent, your use of the five key building blocks—Parenting Philosophy, Discipline, Positive and Negative Feedback, Active Listening and Shared Fun—will insure that your kids get off to the best possible start.